The chilly and windy air is creeping back to the Cape; a sure sign that winter is coming. But before it does, the Youth Group hosted its annual Thanksgiving Food Drive at Shaw’s Supermarket in Falmouth on Saturday, November 14th. The morning started off by “beautifying” the area. This was a bit challenging because the winds were very high, so we had to be a bit strategic in how we placed our posters, carts and flyers. Once everything was pinned down, it was time to greet and distribute flyers to shoppers. The Youth Group was responsible for respectfully welcoming customers, asking if they’d like to contribute to the Food Drive by purchasing non-perishable goods while they shopped and distribute a list of items the Falmouth Service Center was in need of. About 20-30 minutes later, shoppers were exiting the store and handing the kids bags of groceries or money. The kids then thanked them for their donation, placed it in the carriage and offered them a baked good for their contribution.

This process went on from 10:00 am to 1:00 pm. The kids loved when there was a lot going on, people coming in the store, people exiting and everything in between. Of course there were plenty hot cocoa and munchkin breaks to keep our team fueled and energized. To combat the cold, we also started having shifts where some kids would be indoors handing out carts/baskets to the shoppers and some would be outside.

Check out all the pictures HERE. 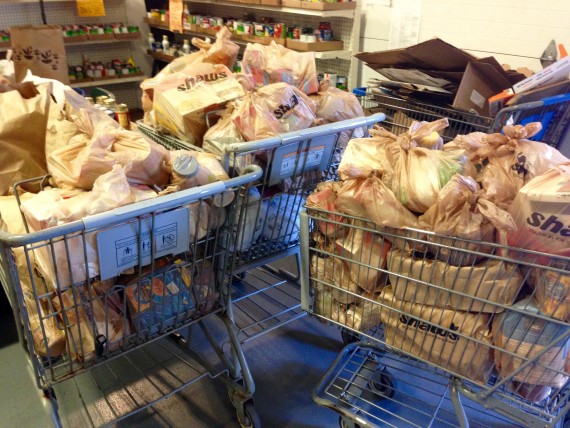 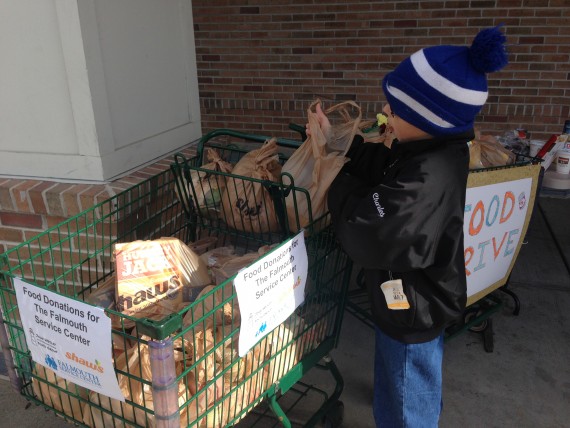